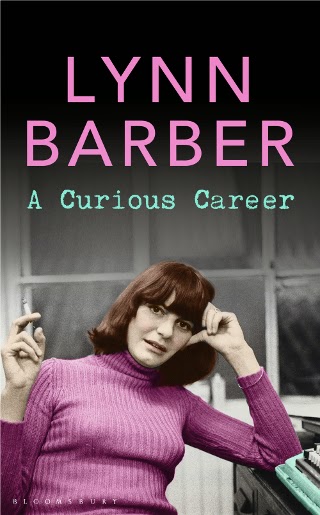 If you loved the book and/or film of Lynn Barber’s previous memoir An Education, then you definitely need to read her frank and funny memoir A Curious Career, recounting many of the high profile interviewees she has encountered in her relentless career for the broadsheets.

In An Education, we encountered teenage Lynn being seduced by a conman whose dominance threatened to ruin her life. But we also encountered a fiercely intelligent and feisty young woman who walked away from that situation determined never to be taken advantage of again.

A Curious Career doesn’t quite pick up where An Education left off, but it does join Lynn in the late 1960s when she starts working for Penthouse magazine and lands a plum gig interviewing Salvador Dali at his home. Discovering she has quite the talent for putting celebrities at their ease, and playing up to her own inherent nosiness, Lynn rapidly progresses to interviewing for the big titles in the UK, ultimately ending up in the rare position of being able to pick and choose her subjects. An almost unheard of luxury for a journalist these days.

What Lynn really does well in A Curious Career is spill the beans on who was naughty (Marianne Faithfull, Martin Clunes) and who was nice (Shane McGowan stands out in a league of his own). As well as discovering how hideous sportspeople are to interview – I can thankfully say in that in 15+ years of being a journalist, I have managed to avoid ever having to interview a sportsperson: and can’t imagine a more boring subject!

As you’d expect from the woman dubbed The Demon Barber of Fleet Street, Lynn doesn’t hold back on the gossip and the facts about those she met who were despicable people, and that makes A Curious Career all the more delicious to read. Coupled with the fact you also get the impression Lynn is giving a pretty fair impression of them and their behaviour, you feel as if you’re reading the notes of a woman who really doesn’t give a toss if their lawyers complain.

And what a fantastic position to be in that is.

Lynn Barber is in Bristol on Thursday, May 15, talking about A Curious Career at the Festival of Ideas. Please click here for more information.