For a musical comedy drag show to stand out in a crowded genre, it needs something more than for the main character to just wear intentionally frumpy clothes, a deliberately bad fringe and a goofy grin. In Sue: The Second Coming, the ‘something more’ is that Sue (played by Dafydd James) is pregnant with the son of God after a brief encounter in Debenhams.

But since that’s only brought in 30 minutes before the end of this 90 minute production, that’s not really enough to carry it. Instead, we’re led through on likeability, some decent enough tunes and a heavy dose of nostalgia-fuelled humour. There’s the 1970s-style drinks cabinet gags, the Christmas jumper gags, and – inexplicably – an enormous advent calendar behind the doors of which are a succession of former child stars (“Bonnie Langford” seems to be a recurring punchline, but we’re not told what the joke is). A gag that seemingly warrants its own song but has no place in the narrative.

And that’s a problem with Sue: The Second Coming… that there is no narrative. While that doesn’t need to be a problem if the material is strong enough to hold it, a 90-minute show with no strong gags and no direction soon becomes a drag in more ways than one.

The biggest problem, though, was that over the piano we couldn’t hear most of the words in the songs… meaning we missed most of the jokes in this largely musical show. So perhaps if we’d been able to hear the words, we’d have found this a lot more funny and entertaining than we actually did. Because looking online, Sue: The Second Coming not only has a cult following but wins rave reviews, so we’re clearly missing something. But looking around the Bristol Old Vic’s Paintshop, there wasn’t a great deal of laughter from anybody… so perhaps nobody else could hear the jokes either.

But even on the songs without piano, the sound levels were so out of whack that we still struggled to hear many of the lyrics… and the instruments played by Dafydd’s backing trio were also completely inaudible. That aside, Dafydd’s singing as Sue was basically a high-pitched squawk, which made it even harder to try and work out the words. My friend and I couldn’t help but think that if Dafydd had sung in his own voice it would have upped the comedy factor and helped people to actually hear the lyrics.

With 30 minutes lopped off the running time and a really tight soundcheck, Sue: The Second Coming could be a great night out. But as it stands, if it’s festive theatre fun you’re after, I’d recommend you head next door to the Bristol Old Vic’s main theatre for The Little Mermaid – which is an absolute treat of a show.

For more information and to book tickets, click here.
Posted by Jane at Wednesday, December 18, 2013 No comments: 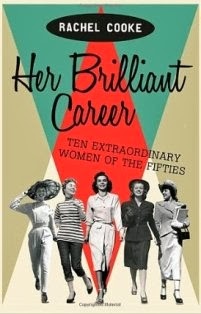 Think of a woman in the 1950s and chances are you’ve conjured up a mental image that combines Betty Draper and a wasp-waisted woman in a pinny and a headscarf. There’s a daft belief that all women in the 1950s ever did was wave their husbands off to work, bake cakes and clean the house, and then make sure the kids were out of the way when hubby got home again.

Well, Rachel Cooke’s excellent new book Her Brilliant Career is here to stick two fingers up to that idea. In it, Rachel has handpicked ten wonderfully diverse women from the 1950s and celebrates each of them with a potted biography cataloguing their achievements in the face of a society that wanted women to be seen and not heard.

From chef Patience Gray to architect Alison Smithson, film director Muriel Box and archaeologist Jacquetta Hawkes… Rachel has collected together some truly inspiring women who, in many instances, have been sadly forgotten under the weight of their many male counterparts. But no more!

Her Brilliant Career is deliciously readable and engrossing, and Rachel guides us through the highs of these ten women’s achievements… while recognising that, at times, these were flawed women, or not always likeable women. (In my experience, the most interesting women are rarely the most well liked ones!)

The book also contains a selection of photographs illustrating our ten women and the decade that shaped them, many of which are little known to most people and bring a welcome extra dimension to these mini biographies. The photo of Iris Murdoch looking wildly purposeful beside her bed is easily my favourite – conjuring up a much more impressive figure than the genius author we’ve sadly come to remember as a fading fragile flower after her husband John’s posthumous biography of her mental decline.

It’s important that we remember the women who went before us and celebrate their achievements, which allow us to do the things we take for granted today. With the announcement in December 2013 from the Fawcett Society that this year, for the first time in five years, the pay gap between women and men has further widened, books such as Her Brilliant Career are a stark reminder of what has been achieved, but also how far we still have to go to achieve equality. 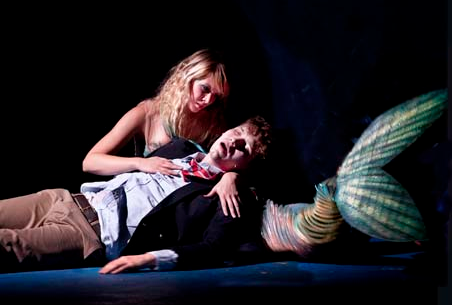 The Bristol Old Vic’s Christmas show has rightly earned itself pride of place in the theatre diary – circled on the calendar in silver pen and decorated with shiny stars. In recent years, we’ve seen the magnificent Swallows and Amazon, the mind-blowing Peter Pan, and the far-from-festive but resolutely brilliant Coram Boy. This year, Hans Christian Anderson’s much-loved tale The Little Mermaid got the Bristol Old Vic treatment.

The title role is filled by Katie Moore – who is not only a damn fine actor, but also an incredible singer and fabulous ballerina. As the Little Mermaid, we followed Katie in her underwater world where she lived with her father (played by Old Vic favourite Tristan Sturrock) and sisters… frustrated by the confines of her subterranean life and longing to explore the world up there where the ‘hoo muns’ live.

However, the wicked Sea Witch (a heart-warmingly brilliant Beverly Rudd, in an example of perfect casting) has a firm hold on the underwater world and insists all her citizens stay below the surface, avoid all interactions with the legged ones, and keep singing to ensure the constantly rolling tides. 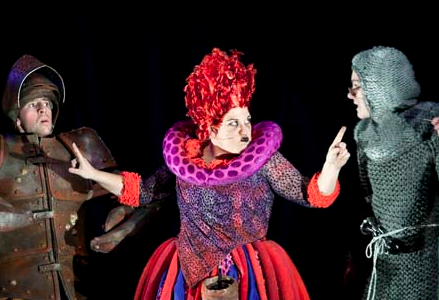 Needless to say, our adventurous heroine doesn’t follow the rules… and on a trip to the surface, she can’t stop herself from saving the life of a handsome prince (delightfully played by Billy Howle) who is thrown overboard in a storm orchestrated by the Sea Witch. The prince is under a curse where he simply must marry before his looming 18th birthday… and this is where our above and below the waves stories combine.

Under Simon Godwin’s direction, Joel Horwood’s adaptation of The Little Mermaid is a magical, enchanting and captivating Christmas adventure for Bristolians of every age. The set design throughout is inspired… and the use of a curving metal frame to suggest the rolling waves works extremely well, as does the porthole frame to the whole stage.

As the Sea Witch, Beverly Rudd excels and I found myself missing her when she wasn’t on stage. And her sidekicks (a wise-cracking crab and eel dressed in knitted chainmail) are inspired – the armour-wearing crab quite possibly stole the entire show and had me clapping my claws in child-like glee!

The Little Mermaid is performed at Bristol Old Vic until January 18. Click here for more informationand to book tickets.
Posted by Jane at Friday, December 13, 2013 No comments: