Presented as the interweaving stories of Grace-the-maid and Lady-Beatrice-the-reluctant-and privileged-daughter, on face value Park Lane looks like it's jumping on the back of the revived popularity for 1910s pomp, as exemplified by the recent TV hits Downton Abbey and Upstairs, Downstairs.

That’s fine, but there were two other factors that drew my attention to this book. First, it is written by Frances Osborne (wife of George Osborne, and author of The Bolter: a 2008 biography of her great-grandmother Idina Sackville, who ‘bolted’ to Kenya with other women’s husbands), and second, it appears to be about the fight for women’s suffrage.

The first half of Park Lane is a frustrating read. It’s a slow trudge through the pages, despite what should be a fascinating read. Lady Beatrice becomes wrapped up in the forefront of the militant suffragettes with extraordinary speed, thanks to her rebellious aunt Celeste. Lady Bea keeps this secret from her family, most of all her mother, who also wants women to win the vote – but not at any cost. Downstairs, new maid Grace has ideas of becoming a secretary and instead pretends to her family in Scotland that she is one, while secretly carrying on as a lowly maid… albeit one who steals a Friedrich Engels book for her socialist brother.

All of that could have been an exciting page turner, but instead it feels like a clumsy trawl through disjointed sentences and clunky speech. And, in the exact opposite of what I’d expect from a page turner, I found myself physically wanting to read it, but mentally desperate to do anything but read it. Strange.

But I ploughed on and got to the second half, at which point war had broken out and the characters had undergone a dramatic reinvention. As had Osborne’s writing, which now picked up pace, became engaging and absorbing, and finally I got the page turning story I’d been after 200 pages previously. Although it remains hard to reconcile the characters in the second half with their first half versions – Grace loses her vim, Lady Bea fades into a wet fart, and what of the campaign for suffrage? Never far from the pages of the first half, the fight for female emancipation has vanished from the second half of Park Lane. While I know that Mrs Pankhurst asked her troops to call a halt to activity during the war, it still struck me as strange that the feistiest of her army would suddenly never mention the campaign again… not even in the 1918 chapter: the year that women over 30 were granted the vote.

The chapters following Lady Bea into the secret suffragette offices of Lauderdale Mansions are among the most exhilarating for me – conjuring up what the smell, noise, pace and atmosphere of the place must have been, and the majesty surrounding Mrs Pankhurst. But, inexplicably, the suffrage story vanishes from the pages of Park Lane as quickly as Lady Bea manages to rise to a position of suffragette respectability. Most infuriating.

But not as infuriating as the conveniently neat way in which the lose ends are all tied up at the end of the book. Which takes away from any vague credibility the plot had.

While Park Lane was an enjoyable enough read once I’d pushed through the first 200 pages, I struggled with the implausibility of the two main characters throughout, and the treacly writing, which at times was a joyless trudge. After the unmitigated pleasure of reading The Bolter, I’d hoped for better from a suffrage novel by Frances Osborne.

Here’s a link to the inimitable John Crace and his digested read of Park Lane.

Although, even more fun can be had by having a read of Julie Birchill’s review of ParkLane, which is a hoot. “Seriously, I've come across paper dolls with more depth than this crew.”
Posted by Jane at Sunday, August 26, 2012 No comments: 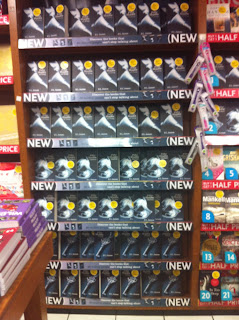 Just as you don’t need to be talented to be celebrated these days, you don’t need to be any good at writing to be a bestselling author. This was increasingly in evidence throughout seven instalments of the Harry Potter books (though I forgave JK Rowling, owing to the millions of children in whom she inspired a love of literature), and is painfully on show in the Fifty Shades of Grey trilogy.

I’ve only read one of EL James’ three books, by the way – Fifty Shades of Grey. Life’s too short for the rest of the series, and my brain was numbing up. More than my exhaustion from reading the shoddy writing, I simply didn’t give a phlegmatic cock what happened to the implausible characters.

But I’m still glad I read Fifty Shades of Grey, if for no other reason than it’s a pretty funny book. And here are my top ten reasons why:

10 – On page 26 of the book, anti-hero Christian Grey goes into the HARDware shop where the object of his lust, Anastasia Steele, works. What does he do in the HARDware shop? He buys cable ties and masking tape while COCKing his head in the SCREW aisle. Subtle.

9 – Anastasia falls head over heels in lust with the mysterious Grey. He charms her with his good looks, immense wealth and mysterious ways. Here’s a genuine sentence from the book describing how she sees him: “His voice is warm and husky like dark melted chocolate fudge caramel… or something.”

8 – We are told – on no less than four occasions throughout the book – that Christian smells of “freshly laundered linen and some expensive body wash”. This much-repeated phrase conjures up an olfactory image of Bold 2in1 and Java by Lynx in my mind’s nose. Sexy. (See also: “Oh my… Sweat and body wash and Christian. It’s a heady cocktail. So much better than a margherita.”)

7 – The night before Christian finally seduces virginial Anastaia, she goes out and gets steaming drunk, and calls him from the stinky toilets of a bar. Being her knight in shining armour, Christian comes to rescue her from the toilets… and she thanks him by vomming all over his expensive shoes. Yet still he boffs her the next night and buys her a laptop. Romance is not dead.

6 – EL James has a fascinating choice of adjectives at her disposal. For instance, we learn that Christian talks “phlegmatically” and that he “quirks” his eyebrows. My favourite metaphorical moment in the whole book, however, is when Anastasia blushes “the colour of the Communist manifesto”. That’s literature that is, right there.

5 – Despite his wealth, none of Christian’s clothes fit properly. Throughout the book, we are repeatedly told that his grey linen trousers are hanging off his jutting hips “just so”. Doesn’t that make you want to mother him?

4 – During the sexy bits, an extraordinary amount of page space is devoted to the removal of each other’s Converse trainers and socks. I’m not making it up.

3 – When the characters (aged 21 and 27) choose to listen to music, they listen to such contemporary artists as Snow Patrol, Bruce Springsteen and Kings of Leon. It’s like EL James rang my dad (73) and asked him to name drop a few bands that the young people like these days.

2 – Without the Fifty Shades of Grey series, we would never have met Anastasia’s inner goddess. I like to think of the ever-present inner goddess as a Tinkerbel-lite figure… ie, if we all believe in her, she WILL exist. Even better, her inner goddess is constantly at war with her subconscious, meaning that we have three female heroines for the price of one. But which would win in a fight?

1 - However, the best sentence in the entire book is this one: “My heartbeat has picked up, and my medulla oblongata has neglected to fire any synapses to make me breathe.” I’m not making it up. I promise, hand on heart, that that is a genuine, unadulterated sentence from the book. In fact, EL James is so pleased with her use of the term “medulla oblongata” that it’s not long before it cracks a second mention. (Medical ignoramuses will be turned on to learn that the “medulla oblongata” is the part of the brain that controls breathing and vomiting. It’s true. I checked on Wikipedia.)

Of course, I’m being flippant. Fifty Shades of Grey is badly-written, populist tripe that’s benefitted from a great marketing campaign. And just as Oasis became famous because everyone bought their records when they heard everyone else was buying their records, people are buying Fifty Shades of Grey because they don’t want to be left behind. Hell, I only read it because everyone else was, so who am I to talk? Exactly.

PS – I’ve deliberately avoided mentioning the many reasons why this book is a feminist’s worst literary nightmare. The contracted ownership, coupled with the stalking, mental and physical abuse, and more… it’s appalling to see the mainstream acceptance of such behaviour in 2012, at a time when we should be further ahead than ever in putting an end to this degrading treatment of women. But there are many other people, far better qualified than me to speak on such matters, who have already written about this so well in relation to these books.