Comedy at the Bath Literature Festival 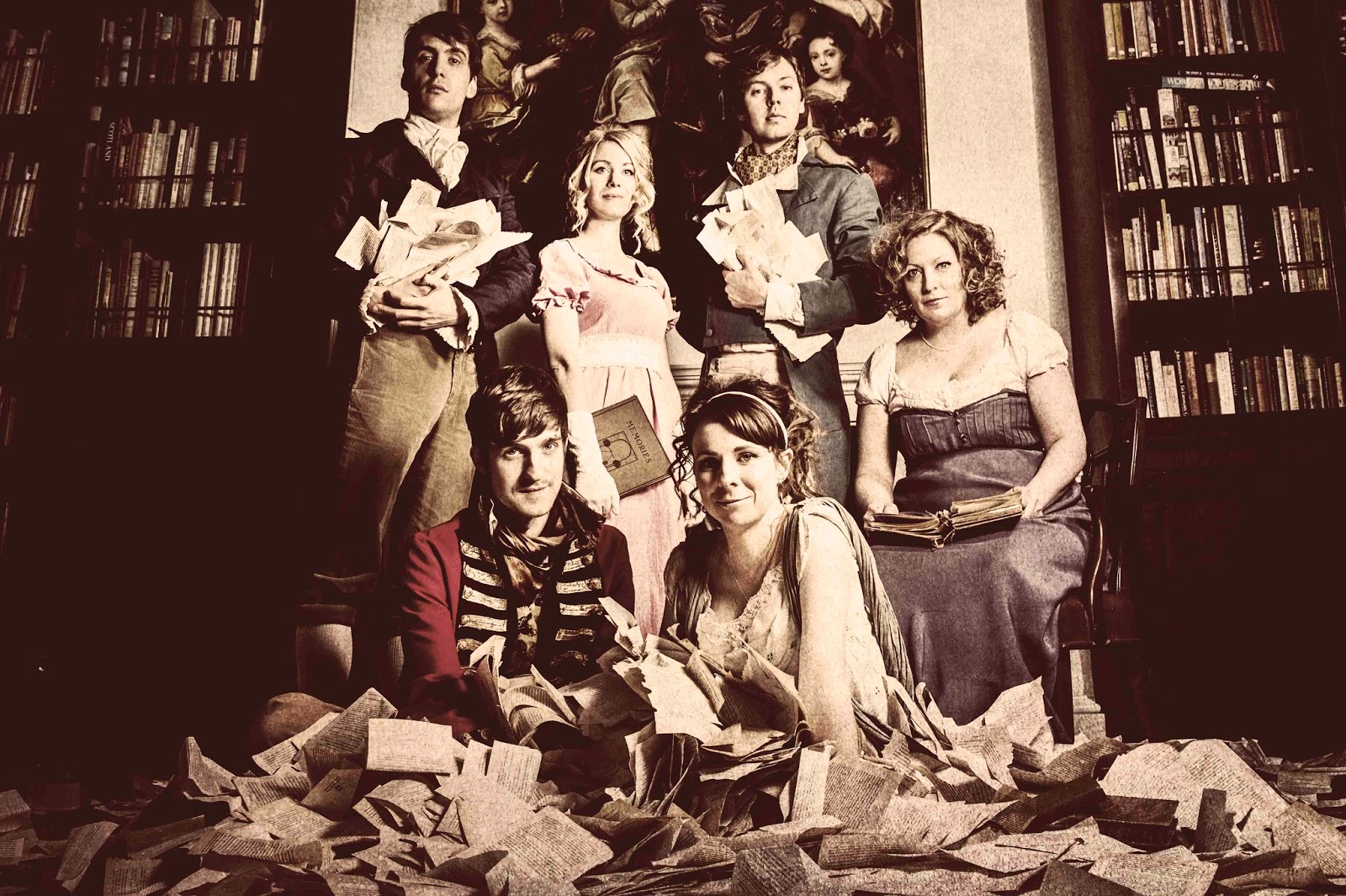 Under the watchful eye of Artistic Director Viv Groskop, the Bath Literature Festival is embracing the elements of comedy that run through literature. Viv is a stand-up comedian as well as a prolific journalist and broadcaster, so she has a contacts book bulging with the very finest literary and comedy talents - and what better way to combine these than at a literature festival?

On the first Saturday of the 10-day event, the highlight of the afternoon was the mighty fine improv theatre group Austentatious, who packed out the Art Deco Forum with an improvised Jane Austen novel - which, this time, considered the impact of whether ‘that’ dress was white and gold or black and blue to hilarious and topical effect. By the time you read this review, ‘that’ dress is yesterday’s news, but it was wonderfully well drawn out of the hat on Saturday… and pulled off with aplomb by the skilled five-strong cast.

In the years since Austentatious formed, the cast has got tighter and tighter, cleverer and cleverer, and newcomers in the audience were apparently disbelieving as to the fact that the one-hour show was entirely improvised rather than previously scripted. Which is a true credit to the quick-thinking comedy of the cast. Having seen three separate Austentatious shows, I can confirm that every time feels like the first - this is a format that never gets tired.

Many of the Austentatious cast reappeared later in the evening in other guises in the Alternative Comedy line-up at the Old Masonic Lodge. This was a very mixed bag of comedy, centering around the appearance of veteran comic Helen Lederer, who came on to have a chat with Viv Groskop about her new novel Losing It and her experiences in general. This seemed to sit a bit strangely in a bill of comedy, but in the interests of supporting the ‘alternative’ part of the event title, let’s just roll with it.

The re-appearances of many of the Austentatious crew in their various solo or duo incarnations was the true highlight of the show. Between Rachel Parris’ sensational singing (her ode to hen parties on trains was something we could all identify with), and Joseph Morpurgo’s inspired teachings as an eccentric piano player, we were treated to genuinely brilliant alternative comedy. Although the comedy crown for the evening was taken by improvised sketch duo Folie a Deux (Andrew Hunter Murray and Charlotte Gittins) who with just one word uttered from the audience (“brick”) turned out an inspired and hilarious 20-minute set. I’m going to be going out of my way to see these two again. So should you.