'Maman, What Are We Called Now?' by Jacqueline Mesnil-Amar 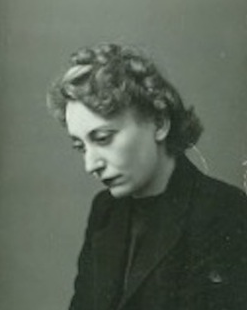 Persephone Book No 115 is the real-life diary of Parisian Jewish journalist Jacqueline Mesnil-Amar written during the final weeks of World War Two while her husband André was imprisoned by the Nazis.

Betraying her experiences as a writer, Maman, What Are We Called Now? is a beautifully constructed series of heartbreakingly sad snapshots into the terrifying, traumatic and chaotic existence for those left behind by the war, desperate for news of their stolen loved ones.

The book’s title comes from a question one of Jacqueline’s confused children, Sylvio, asks her not only what they are now called (as in, are they Jewish, are they French, what are they?) but also how old she is – the wartime experiences having snatched away all of her childhood innocence and simplicity. At the time, Sylvio was just 10 and unaware that asking such a question risked their dangerous situation being found out – they were living under assumed names and with false identities.

In the lengthy diary entry of August 6, when it is announced the Americans have arrived in Paris, Jacqueline’s initial optimism that war is ending is perilously balanced with her fears for André’s safety. The diary entry is so beautifully written and spells out Jacqueline’s steadfast loyalty to her Jewish heritage, along with her sadness that she has no fixed home anymore. The prose brings to mind sociologist Zymunt Bauman’s iconic book Modernity And The Holocaust.

Jacqueline writes: “Being Jewish has become even more of an obsession than being French, an obsession which, like a hidden wound, has worked its way slowly and insidiously under our skin and right into our souls. Little by little it has made us into ‘foreigners’ in our own country, French but ‘different’ … It has turned us into outsiders.”

This echoes Bauman’s theory of understanding the stranger. First you try to make the stranger one of you, then you keep the stranger at a distance, and then you try to get rid of the stranger altogether. For Bauman the Jew is the archetypal stranger in society. Many Jews tried to assimilate into German society having emerged from the ghettos. They started wearing the same clothes as Germans, adopting the same religion, living in the same areas. But these attempts to assimilate the German way of life led to hostility. It stoked fears of the outsider coming inside.

The haunting internal questioning that Jacqueline goes through as she tries to make sense of what it means to be Jewish in this new world is particularly heartrending. Not least because she identifies more as French than as Jewish, and the Jewish identity has been thrust upon her by the Nazis as a reason to exterminate people.