Regular readers of this blog will know I am a big fan of Persephone Books. I was first introduced to them in about 2005 and have been a committed admirer of their work ever since, because there is something reassuring and informative about well-written historical novels. They are comforting guides to the relatively recent past, they help to inform us about who we are and where we came from and, more often than not, they fill in gaps in our social history.

While I've spent the past few years researching more than 500 old dead women (as I affectionately call them) who have been unfairly left out of most other history books for my The Women Who Built Bristol series, there are many times I've been reminded of plot details from different Persephone books: a reminder that these are not just stories, they are also based on lived realities.

One of the most recent Persephone titles is Milton Place by Austrian writer Elisabeth de Waal, whose previous book The Exiles Return was reissued by Persephone in 2013 (my review is on that link). It seems astonishing that the two books were written by the same woman, as I found them so wildly contrasting and certainly enjoyed Milton Place much, much more. Both books are concerned with the idea of the alien: the newcomer, the outsider, the interloper, the misplaced person. Both books are about their protagonists dealing with the horrific fallout of war. But The Exiles Return was a tough read and not one I particularly enjoyed.

So I was surprised to love Milton Place so much. It is a book that you look forward to picking up again in the evening, you root for the characters and at times I found myself skimming paragraphs ahead anxious about what I feared might happen and just unable to wait another minute or two to see if I was right. It is astonishing that Milton Place was never published in Elisabeth's lifetime and that it has only seen the light of publication now thanks to her son passing the manuscript to Persephone. It would make a wonderful film.

We follow Austrian Anita who has endured unspeakable horrors at the hands of the Nazis during the war. Desperate for escape, in the early 1950s she follows up an old flame of her dead mother's and invites herself to stay at Milton Place, a fading country house in the UK, where she becomes good friends with Mr Barlow, who had adored her mother decades before. Throw in Mr Barlow's two unpleasant adult daughters, his naive grandson Tony and the problem of what to do with a decaying grand mansion, and you have all the makings of a brilliant country house novel. Indeed, I would go so far as to suggest that Milton Place is as close as you can get to reading a Dorothy Whipple (sigh, Dorothy Whipple) without actually reading a Dorothy Whipple itself.

Put simply, please read Milton Place. It is a joy of a book and you will be captivated from the first page. After all, this is a novel that opens with one of the protagonists receiving an unexpected letter from a stranger... which is a very hopeful start and it only gets better from there.

PS: You can buy the book direct from Persephone by clicking here. Given there are fears that Persephone may not be able to continue post-Brexit (you can read more about this on their website), it is so important to support this wonderful women's publisher while we still have the opportunity. 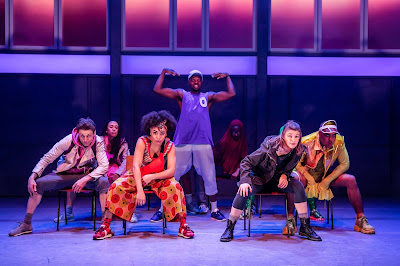 Kenneth Graham's much-loved children's story The Wind In The Willows gets the Hamilton treatment in this brand new, sparky production by Metta Theatre: In The Willows. Currently on show at Bristol Old Vic, this is a really fun, really engaging new musical aimed at the whole family.

Loosely based on the original Kenneth Graham story, socially awkward Mole (Victoria Boyce) is new at The Willows comprehensive school and is taken under the wing/paw of streetwise Rattie (Zara MacIntosh) in kindly Badger's class (Clive Rowe). But there's a disruptive influence from attention-seeking, rule-bending Toad (Harry Jardine) - who now rides a motorbike rather than a motorcar, poop poop - and a sinister presence from the break-dancing weasel gang, led by Chief Weasel (Bradley Charles). There are references to the book via the River Bank club, the rough WildWood Estate and the Weasels overtaking Toad Hall, but the most charming nod to the original book (where Toad is rescued from prison in the guise of a washerwoman) is when Toad is rescued from a juvenile detention centre via a washing machine repairer!

In The Willows is a lot of fun and puts across its messages in a very approachable manner. We are reminded of right vs wrong and of loyalty to our friends, but it is not rammed down our throats. We are told to look out for our friends and be welcoming to all, but it is not overdone. And the inclusion of a sign language interpreter, as well as the frequent inclusion of signing done by the cast as part of their natural speech, is a great way of showing how easy it is to make theatre naturally inclusive.

PS: An extra special shout out to the delightfully camp Duck (Seann Miley Moore from The X Factor), who is an absolute pleasure to watch.


In The Willows is performed at Bristol Old Vic until Saturday 1 June. Click here for more information and to book tickets. 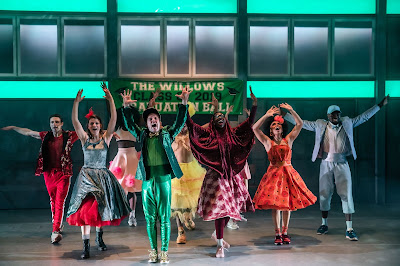 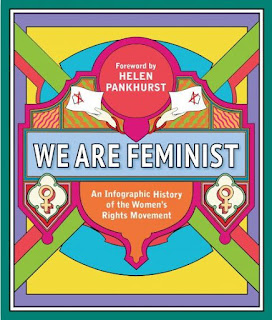 With an introduction by the wonderful Helen Pankhurst (granddaughter of Sylvia, great-granddaughter of Emmeline), We Are Feminist: An Infographic History of the Women's Rights Movement instantly has the credentials to get itself off to a flying start.

This bold, bright and colourful hardback by artist Rebecca Strickson is a new way of looking at the history of the feminist movement, using infographics, illustrations and box-outs to ping information at the reader. The illustrations obviously really stand out as the USP with this book, and are a fresh way of presenting some information that many readers may already be familiar with.

There are timelines, mini biographies and portraits, and the book covers the main US and UK feminists, as well as a few from in between. So it is of course giving a broad picture of this enormous movement, and naturally there is a leaning towards the suffrage campaign.

But for a different way of looking at the history of feminism, and for seeing some of the characters literally brought to life on the page, We Are Feminist is a welcome addition to anyone's bookshelf. This would also be a good book to add to school and college libraries, as an accessible, easy-to-understand introduction to women's studies.