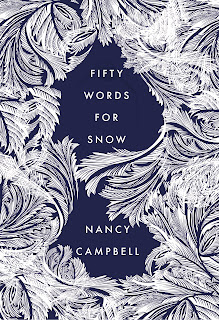 Arctic traveller and writer Nancy Campbell’s new book Fifty Words for Snow was published at the start of the month by Elliott & Thompson. An absolute beauty of a book, as always with E&T publications, it is hard not to judge this by its cover. Because the hardback comes in a swirling blue and white wrapper, and contains gorgeous endpapers, while the pages themselves are blue ink on white paper and a myriad of sharp photographs of snowflakes. Just sumptuous. (See the image below this post for one of the photos.)

Campbell is an award-winning poet and non-fiction writer whose work has focused on the polar environment ever since she spent the winter of 2010 as artist in residence at a museum in Greenland. And her love for both language and the environment are sharply combined here.

Unsurprisingly, Fifty Words for Snow is a collection of exactly that. But it is also more than that. Yes, the fifty short essays each cover a different language’s word for snow, but Campbell fully explores the etymology and history of each of those words and in doing so she shows us how language can be used to reflect the changing climate. And takes us with her on her travels as she does so.

Campbell says: “The idea for Fifty Words for Snow arose from my previous work on ice … While living on the island of Upernavik I began a decade of work on the changing language and landscape of the Arctic.”

Given how much the climate crisis is a topic for discussion in the 21st century, and given our global concern for the erosion of the natural environment, in Fifty Words for Snow Campbell shows how something as universal - and as simple - as snow can unite us in considering our shared planet’s future. And as Campbell says in her introduction, the process of tracing a single theme across many languages is a way to remove the borders that society has put up around the world.

The different stories that we learn about each of the fifty words here, and how those words came to be, is much more uplifting and positive than you might initially expect. Campbell writes in a beautiful and picturesque manner. She brings in all manner of wildlife and other nature into her writing here, and you will finish this book with a yearning to explore more of the world for yourself… just as soon as lockdown rules allow us out of our houses again. 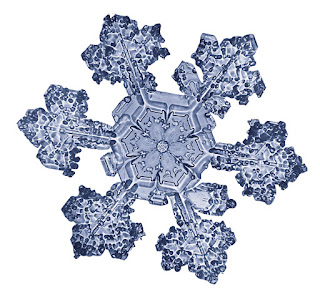 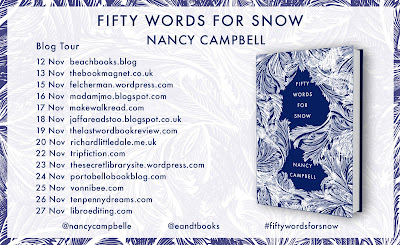