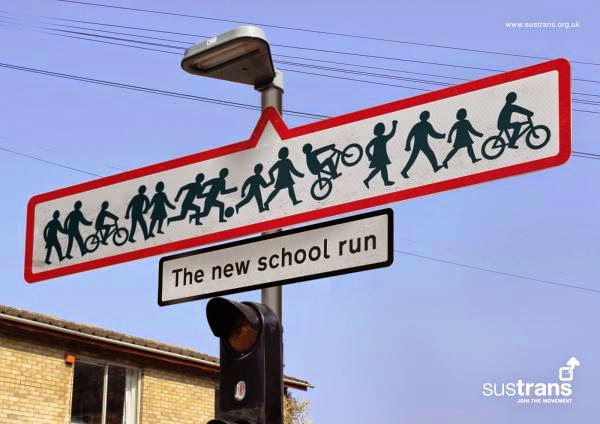 As a schoolchild in the 1980s and 1990s, as punishment for being naughty we would be ordered to run laps of the playing field – an activity presented as the ultimate in hellish horrors. So it’s little wonder that generations of women grow up through their teens and twenties filled with horror at the idea they might voluntarily lace up their trainers and go for a run for, bleugh, fun?!

After a decade or more of being picked last for school sports teams and publicly ridiculed by malevolent PE teachers for being shit, I came to dread exercise as much as I dreaded maths lessons. During my final two years at school, I spent the PE lessons hiding in a disused classroom with my nose in a book, hoping nobody would come and drag me outside to stand in a soggy hockey field where a PE teacher would make me look like a dick in front of my friends.

I don’t think I’m alone in these experiences of school-age PE-induced torture. Since I started running about 12 months ago, I’ve discovered a whole community of other women who also took to running in their early 30s. For a wide range of reasons (anything from wanting to lose a few pounds, to having an hour to themselves, to wanting to conquer a personal demon), more and more women are discovering running as a means of escape and release.

It’s not hard to see why. There are no expensive gym memberships, you can do it where and when you like, and you can spend as little or as long doing it as you want. Throw in the fact that running burns a lot of calories, boosts your metabolism, and releases feel-good endorphins like there’s no tomorrow, and it’s not hard to see why committed runners can’t stop raving about the benefits of the sport to everyone they see.

And that’s also why I’m thrilled that earlier this month (September 2014), Education Secretary Nicky Morgan has finally been able to get it agreed that schools can no longer order compulsory laps of the playing field as punishments to truculent children.

Set in a 1920s Dublin tenement flat, Juno And The Paycock makes no bones about the fact it is a seamlessly gritty production.

Sean O’Casey’s 1923 play is considered one of the finest ever by an Irish playwright, and in its nine decades it has been turned into a film directed by Alfred Hitchcock, a stage musical, three TV adaptations and countless stage versions.

This production at Bristol Old Vic (a collaboration with the Liverpool Everyman and Playhouse) is the latest such stage version. Directed by Gemma Bodinetz, and performed on a fabulously shambolic set designed by Conor Murphy, Juno And The Paycock takes audiences on a grimly absorbing journey back to one of the most turbulent times in Irish history.

The Boyle family is living on the breadline. Their home is a squalid tenement flat in an area of Dublin later condemned for slum clearance. Wife Juno (Niamh Cusack) is the only earner in the home, as workshy husband ‘Captain’ Jack (Des McAleer) prefers to drink the day away, daughter Mary (Maureen O'Connell) is on strike and son Johnny (Donal Gallery) endures post-traumatic stress disorder after losing his arm while fighting in the War of Independence.

When the family is thrown a bone in the shape of an unexpected windfall from a distant relative’s will, the Boyles go to town to revel in their new fortunes and finally enjoy the luxuries that life had previously denied them. For added good measure, the news is delivered by Mary’s impressive new beau – the well-to-do young teacher Mr Bentham. But while the family scrabbles to crawl up the class ladder… they quickly find that the snakes of bad fortune will send them back down again with more than their tails between their legs.

Juno And The Paycock encompasses class struggles, poverty, Irish history and the germ of what would later become The Troubles. With Cusack at the helm, director Bodinetz could hope for no finer actor to steer this production to a strong conclusion. While it would be grossly misleading to suggest that Juno And The Paycock will leave you with a warm glow, the touches of slapstick generated by Jack and his feckless sidekick Joxer provide enough hints of relief to soften some of the harder punches.

Juno And The Paycock is performed at Bristol Old Vic until September 27, 2014. Click here for more information and to book tickets.
Posted by Jane at Thursday, September 11, 2014 No comments: