'Pick Me Up' at Somerset House 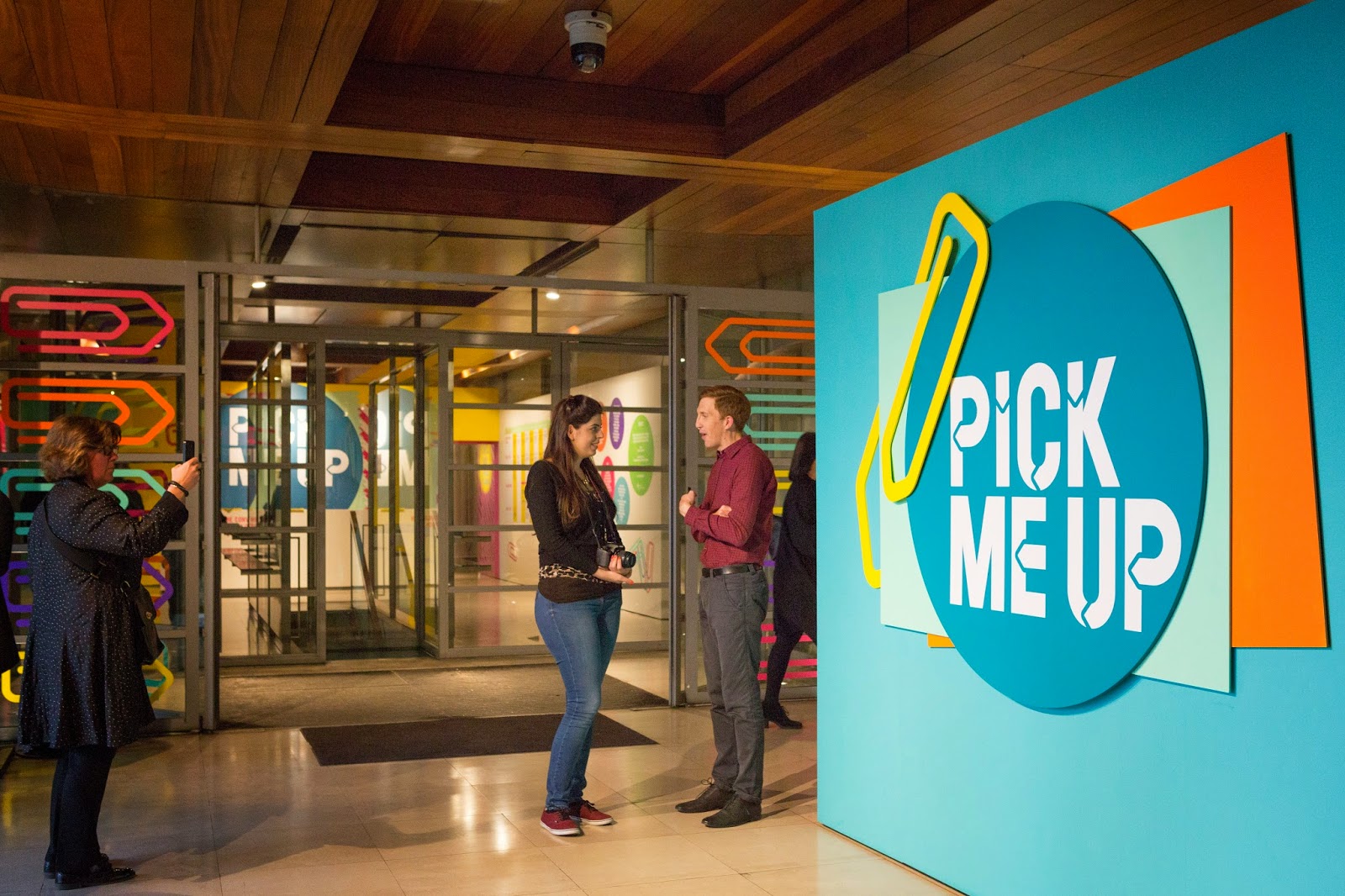 Now in its fifth year, the annual festival of the best new graphic design and illustration talent is firmly embedded on the London calendar as a must see event. With its goal being to avoid the stuffiness and corporate attitude of many other art fairs, Pick Me Up prides itself on being informal, fun, interactive and, most of all, affordable.

Located in the Embankment Galleries at Somerset House, alongside the 16 artists profiled in the Pick Me Up Selects gallery, there is also an upstairs space for collectives and galleries, as well as a changing daily schedule of different events and performance pieces for visitors to get involved with. And if you leave without first printing your own postcard at Lesley Barnes’ stand, then you’ve really missed a trick. 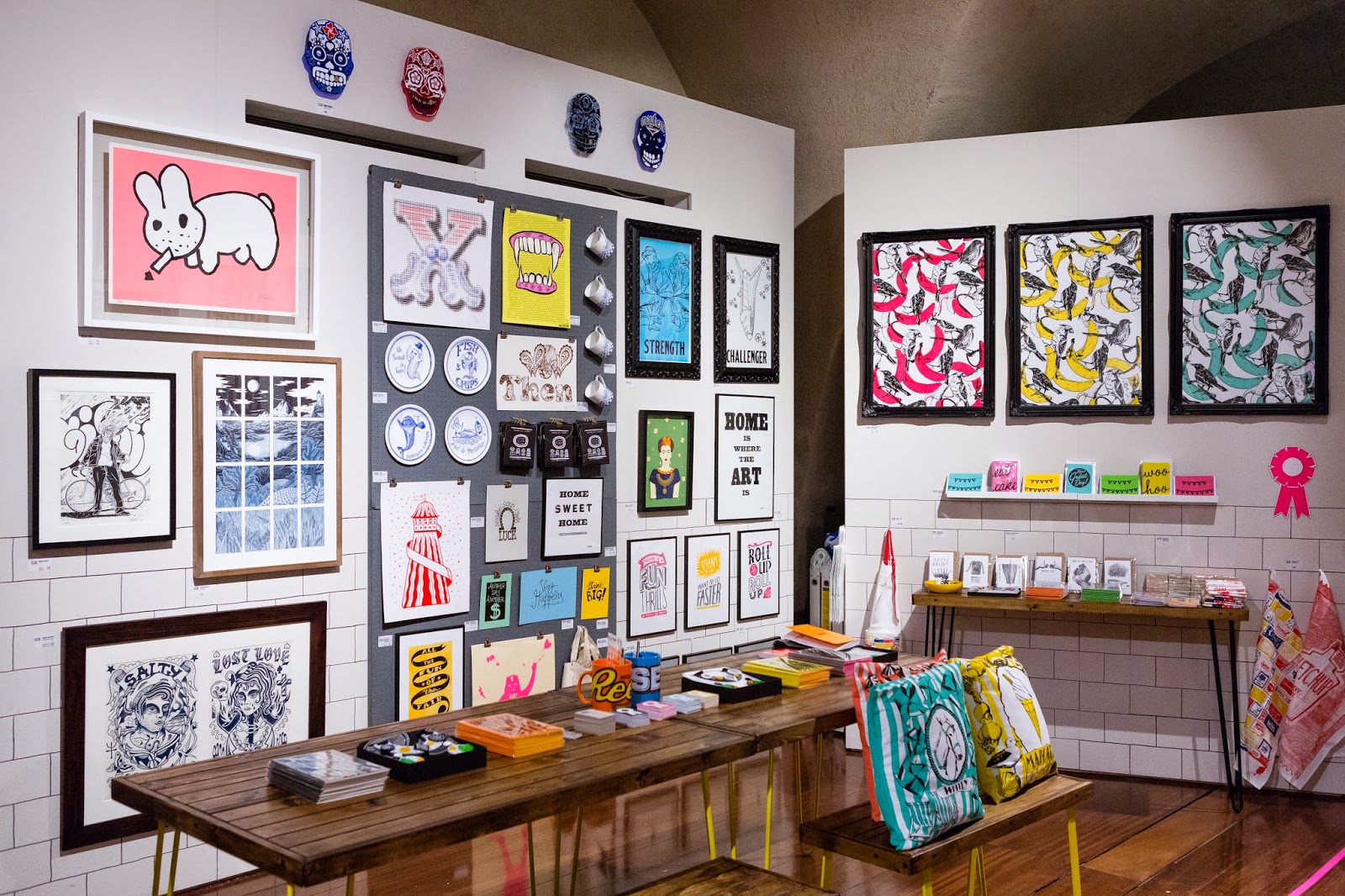 In the Pick Me Up Selects gallery, personal highlights included Scottish illustrator Lynnie Zulu’s bright posters, Bristol graduate Edward Cheverton’s collages and characters (which evoked the spirit of Button Moon), and London-based comic artist Isabel Greenberg with her painted plates, layered box collages and posters all based around the themes of gods, monsters, love and strife.

Upstairs with the collectives and galleries, there was a strong theme throughout most of the groups of rebellion and mockery. And there were a lot of ways to get involved – whether you had your portrait painted in the alternative photo booth, or took on the Punch and Judy-esque puppets in their booth. But it also meant that the stand-out artists were those who were less confrontational or angry in their stance. The letterpress work by Sort and Catherine McGinniss was fantastic in its simplicity and strong messages (especially the poster calling to mind the famous suffrage logan ‘Deeds Not Words’). I also loved the work of Lesley Barnes (mentioned above), who invited everyone to get involved with printing their own unicorn postcard.

Over in the events spaces, I caught Grid Forms by Melvin Galapon – an interactive game where five members of the audience are invited to don white boiler suits and then follow the instructions by choreographers Marquez and Zangs for a grid-based dance/formation game. The idea was to show how grids and patterns could be used as a tool for creation, but while it was fun to watch I didn’t envy the hectic moves asked of the performers.

Pick Me Up runs until 5 May at Somerset House, London. For more information, please click here. 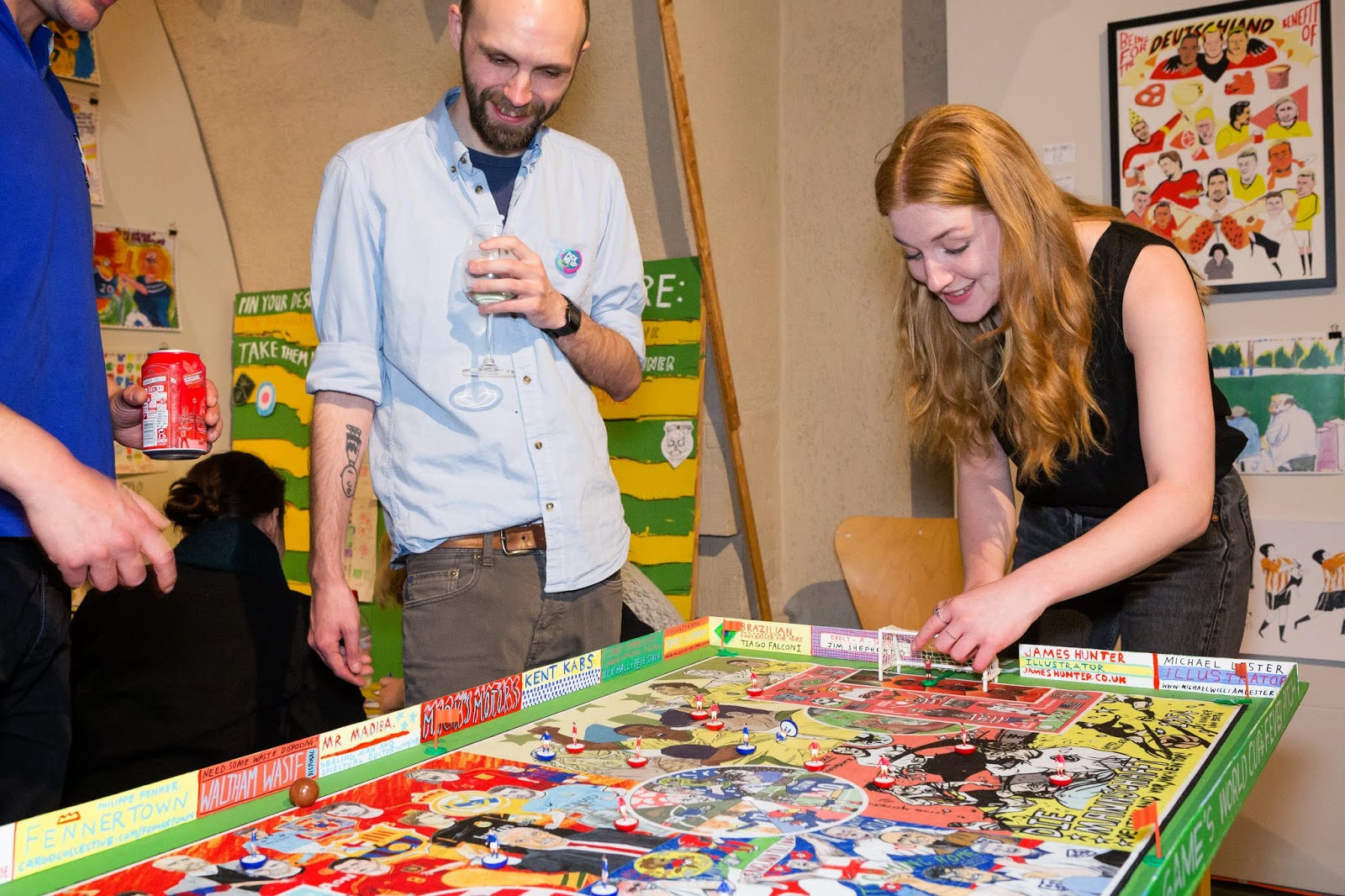