The Threat Of Women With Voices 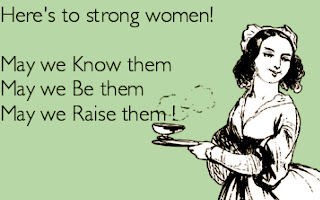 Top tip - rape is never the answer. I can’t believe some people need to be told that. It’s up there with ‘Don’t kill’.

I’ve lost count of the number of times I’ve been on the receiving end of violent and sexual threats on Twitter in recent years. But I haven’t lost sight of the fact that every single time it is a result of me having spoken out about something to do with feminism.

More often than not, the aspect of feminism I’ve spoken out about has been something to do with violence against women: eg my support for the closure of sexual entertainment venues (also known as lap dancing clubs or strip clubs); my support for the survivors of rape who have had their right to anonymity waived by the media without their consent; my professional opinion about why jokes about rape and sexual violence against women are not acceptable. You get the drift.

I was asked by a newspaper to comment on a particular story earlier this week, and my gut response was to say ‘no’ because I knew that to say anything about this particular story would lead certain people (men) online to threaten me.

But I did give a quote.

And despite the predictable violent and sexual threats I’ve since received I’m glad I gave a quote, because if my reason for being silenced was due to fear of intimidation then patriarchy has won. And then what hope do women have?

However, it is unacceptable that there remains no way of regulating the hate speech that certain people on Twitter (and other forms of social media) think it is their right to lobby at strangers in the name of banter or free speech. The ‘report’ function on Twitter? Useless. Almost as useless as the ineffective ‘report’ function on Facebook.

As 2015 draws to a close and 2016 beckons, it remains depressing that women are still routinely subjected to abuse and sexual threats every time they voice an opinion that threatens the fragile male ego (ie that men are not the only gender that matters. Again, I can’t believe some people need to be told this).

The high profile instances of women being violently threatened online are numerous, and one or two people have since been prosecuted. But it’s far from enough. There needs to be accountability for threats and hate speech online. These idiots need to learn that they can’t get away with making threats of sexual violence online any more than they could get away with making the same threats to someone’s face. Hate speech is a criminal offence. Hate speech is not the same as free speech. Seriously, it's not.

I really don’t know what the answer is. But something needs to change.
Posted by Jane at Thursday, October 08, 2015