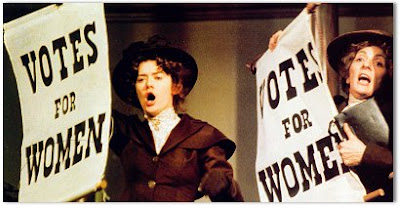 You know, for all the period dramas that British TV creates that are rehashes of the same tiny pool of books (despite there already being approximately 7,436,871 TV and film adaptations of Pride & Prejudice, ITV are planning yet another for 2018 - yawnarama), the one time the BBC produced an original period drama about the vibrant and exciting suffragettes, they never felt compelled to capitalise upon it.

So come on, BBC, in the centenary year of when (some) women got the vote, please give us a repeat of Shoulder to Shoulder, which you first showed in 1974. It’s not even available on official DVD (and you’ve blocked the episodes that someone had uploaded to YouTube, although I appreciate, y’know, copyright etc), so we can’t even buy it to watch at our leisure. But after I tweeted about it last week, it turns out there’s a huge swell of licence payers all itching to see this ace feminist drama of yours.

Also, I love the story of how it came about. Actor Georgia Brown (who played Annie Kenney in Shoulder to Shoulder), complained to the BBC about how there were no meaningful roles for women, so they told her to create a series she would like to act in. And that’s exactly what she did alongside script editor Midge MacKenzie and producer Verity Lambert. This in itself is utterly revolutionary. Can you imagine this happening now? 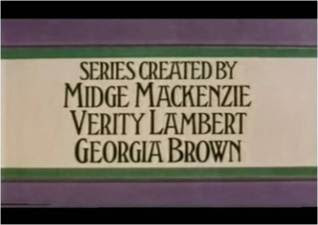 In 2014, to mark the 40th anniversary of the series, Birkbeck College at the University of London (my alma mater) held a special event reuniting some of the cast and crew and debating the significance of the series. You can read about it here. Janet McCabe, who helped organise the event, also wrote a few reports afterwards that you can read here and here. Suffrage historian Elizabeth Crawford also gives the show a cracking recommendation on her website.


PS - Midge MacKenzie, who co-created Shoulder to Shoulder, compiled a huge and fascinating book with the same name to accompany the series. Alongside an unprecedented amount of detailed information, the book contains scores of rarely seen archive photographs. Bizarrely, although long out of print, you can currently buy second-hand copies of the book online for a small sum - though I wouldn’t hang around as I have a feeling these will soon be snapped up and the prices will then rise. It really is a fascinating resource.

PPS - There are one or two small websites selling DVDs of Shoulder to Shoulder. Please note, these are not official and are copies of the programmes that were videoed when it was on TV that have later been transferred to DVD. However, currently this is your best chance of seeing the programme and this is how I have seen it. But they are not official or of high quality.


And another thing... I am also working on another post about the show itself that goes into more detail about why it is such a cracking watch and why it deserves to be repeated this year.
Posted by Jane at Monday, January 15, 2018