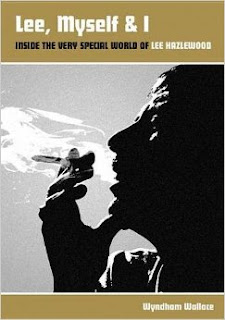 It’s a cliche but they say you should never meet your heroes. And I never did meet my hero Lee Hazlewood: I’ve met a few other heroes though and more often than not wished I hadn’t.


But Wyndham Wallace did meet his hero Lee, and that meeting turned into an extraordinary eight-year friendship at the end of Lee’s life. A friendship that saw Wyndham flying backwards and forwards to Lee’s home in the US, putting on solo shows with Lee in London (two of which I had the pleasure of attending), and ultimately working as Lee’s UK publicist and manager.


In his book Lee, Myself and I Wyndham carefully chronicles those eight years with the respect and devotion that only a true fan and admirer of Lee’s work could. He also shows Lee warts and all for the grumpy old sod that he could be; the difficult old curmudgeon; the high maintenance drama queen. Balanced with this is a touching story of an unlikely friendship with this legendary songwriter and raconteur. 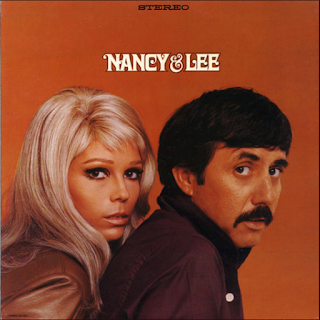 My own hero worship of Lee Hazlewood spans back to around 1990, when I was a 12-year-old girl at our holiday home on a remote and antiquated tiny Greek island. My parents had built the house only a few years before and were slowly shipping over to Greece bits and pieces to furnish our second home. And among the ancient Austrian wall-hangings of hedgehogs and the homemade flat-pack shelves was a dilapidated old boxed record player that probably originated itself from the 1960s or 1970s.


To play on the record player my mum had brought along the bulk of her slim record collection. She will be the first to admit she was never a massive music fan, she liked the Beatles and guitar pop, as well as Bob Dylan, Joan Baez and Nana Mouskouri. There was also a Zorba The Greek LP in there (of course). My brother Dan and I had brought along a few of our own LPs to play, some 1990 classics such as Martika and Kim Wilde. I remember Toy Soldiers being played an indecent amount. (Imagine that, kids - when you used to bring vinyl LPs to play on holiday rather than your tiny iPods.)


When we tired of Toy Soldiers and You Came, we started rifling through the funny old LPs from the 1960s and 1970s that were in our mum’s moth-earned collection. One of these was a battered LP with a brown background and two faces in close-up - one of a heavily moustachioed man and the other a pretty blonde young woman. It looked funny. It looked so unlike the records we liked. So we put it on. It was, of course, Nancy and Lee by Nancy Sinatra and Lee Hazlewood. A record my mum had bought in 1968 from Harrods (the price sticker was still on the corner) during her lunch break when she worked for an interior designer just behind the Brompton Road, London.


So we played Nancy and Lee, and we played it over and over again, compulsively so for the remaining weeks we were on this tiny Greek island. In hindsight this funny, old-fashioned island (where water was delivered to the houses just once a week, and where electricity had not been connected until 1988, and where in 2015 we still have neither the internet nor a phone line) seems the perfect place to enjoy the psychedelic country pop of Nancy and Lee.


I can’t speak for my slightly-older brother, but the sauciness and double entendres embedded in songs like Some Velvet Morning, Sand and Ladybird were lost on me. But I loved the songs so much that even though the whole LP in entirety is only about 35 minutes long, I played it over and over again on this battered old record player, never tiring of it. We played it loud, we sang along, we loved it. Really loved it.


When we packed up to come back to England and school, Nancy and Lee made its way into my suitcase alongside Kim Wilde and Martika (who had been remarkably quiet for the past few weeks) and flew back into the UK where it was opened up again in my Somerset bedroom and placed on my own crappy record player. Back in the UK, the record sounded very different. It had lost some of its freshness and silliness that had made it so much fun in the heat and sun of our ancient Greek island. And it ended up tucked in with my other records, which in turn made their way back onto the turntable. Maybe it had just been a holiday fling.


But over the next year or two I never forgot this funny record of my mum’s that was among my chart LPs. And then one day, on a mixtape that a friend of another brother’s had made for him, there were some solo songs by this guy Lee Hazlewood. I liked them… I liked them a lot. So I dug Nancy and Lee out again and listened to it afresh, and I fell in love with it all over again. 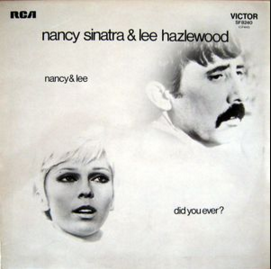 In the years that followed, aged about 15-20, I would duck in and out of second hand record shops and music markets looking for more old LPs by Nancy and Lee, either together or individually. I befriended the old man who ran the indoor market near the old cinema in town, he had half a building full of ancient records, mostly from the 1960s and 1970s, and he knew what I was on the lookout for because I’d go in there often enough to ask him if he had any Nancy or Lee records.

One day when I went in there, I must have been about 17, he told me he had something for me… it was a record I’d never heard of but it made my heart light up. A grey LP with a black and white photo of Nancy and Lee together on, called Did You Ever? I bought it at once and rushed home to play it. I still remember now, it was a sunny day, I had my bedroom windows open, and I sat on the edge of my bed listening to this amazing new (to me) record. It was magical. It seemed more sophisticated and grown-up than Nancy and Lee, but maybe that was because I was no longer 12.

All summer I played Did You Ever? over and over again. Thanks to my friend at the indoor market, copies of some of Lee’s very old solo albums started to come my way as well, and while at Rough Trade in London I snapped up some of Nancy’s solo albums that Lee had worked on with her… I was gathering quite a collection.


This was all before the internet, when it was very hard to find out information about Lee Hazlewood that wasn’t on the back of record sleeves… and there wasn’t much of that. None of my friends were interested in this music, so there was nobody to talk about it with. That didn’t bother me, I was used to my friends thinking of music tastes were ‘weird’. In time, some of Lee’s older hard-to-find solo records were reissued and I ordered them up in the record shop I then worked in.


By the time I moved to London in 2000, I had quite a collection of Lee’s records but still knew very little about him. But on the back of the reissues there were a few articles in the Observer and music magazines that hinted at his 2002 book The Pope’s Daughter (about his friendship with Frank Sinatra’s daughter Nancy) - I ordered it on Amazon and waited about three months, seriously, for it to be shipped over from the US. (By the way, the book was awful!)


I also heard about a live show he was doing at the Royal Festival Hall… I couldn’t believe it and went online to book tickets. They were almost all gone as I only heard about it a week or so before the event. But there were a few tickets left up in the gods… Nobody I knew would want to come with me, tickets weren’t cheap, but I couldn’t bear to miss out.


Seeing Lee perform live on stage was amazing, and that 2002 show remains in my top five all-time greatest gigs ever. I left the Festival Hall and walked back to the tube at Waterloo feeling like I’d seen something truly special and unforgettable. In 2004, I saw Lee again at Festival Hall - we had better seats in the stalls this time, and although it was never going to be as magical as the first show it was still spellbinding. To add to the magic, a few months later I saw Nancy Sinatra perform on the same stage as part of Morrissey’s Meltdown. Just outstanding.


When I read in 2007, aged almost 30, that Lee Hazlewood had passed away I felt truly saddened, although I had known he was very ill. I was sitting in a cafe in Westminster having my lunch when I read it in a magazine. I instantly lost my appetite and felt tears pricking the corners of my eyes. It seemed ridiculous. I’d never met the guy, I didn’t know him, but I’d loved his music for so long and felt like I’d grown up listening to it. Lee felt like a big part of my life. For almost 20 years I’d hunted his records out in an era when rare music wasn’t as freely available as it is now, and I’d treasured each and every one. The only other death of a stranger that had affected me so much was the suicide of singer Billy Mackenzie in 1997, which seemed like such a personal loss when, again, I didn’t know the guy, I just loved his music.


So reading Lee, Myself and I now by Wyndham Wallace, when Wyndham is writing about the period up to Lee’s death, the shows I went to see (that Wyndham orchestrated), the tribute album Total Lee that I bought and loved in 2002 (that Wyndham was involved with)... it all struck a chord. It’s a delicious book and a tender book. I cried at the end, reading Wyndham’s speech at Lee’s memorial service. And now I’m writing this, listening to my mum’s crackly old 1968 LP of Nancy and Lee. Which, by the way, is only worth listening to on vinyl. I’ve tried a digital version and it sounds cold and soulless. Stick to vinyl, folks, it’s the future.
Posted by Jane at Thursday, December 31, 2015