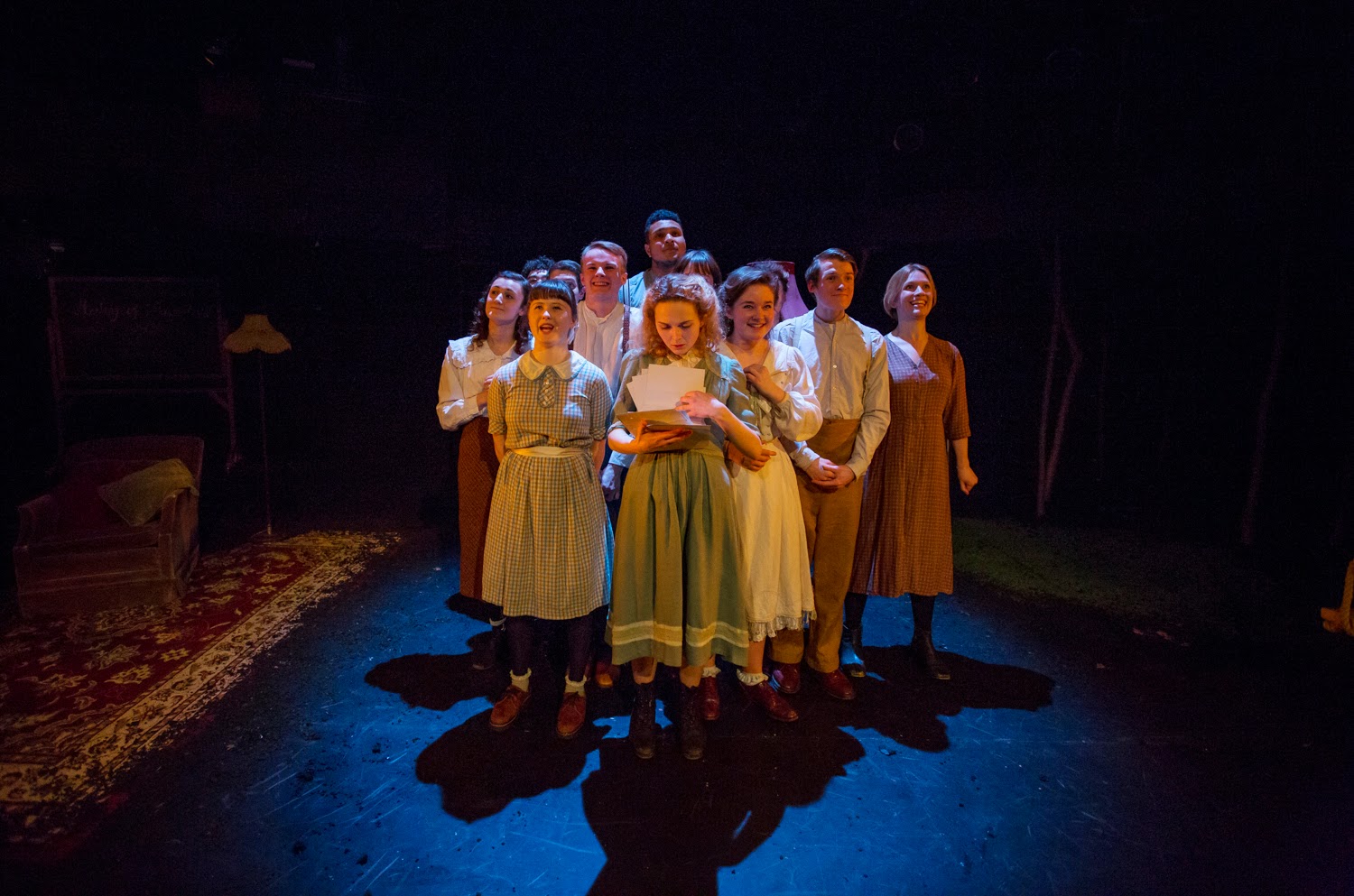 Ahh, the case of the Cottingley fairies. Do you know it? You might have seen the 1997 film Fairy Tale, which is loosely based on the story. Or you might have seen a glimpse of the famous photos that crop up from time to time. Here’s one… 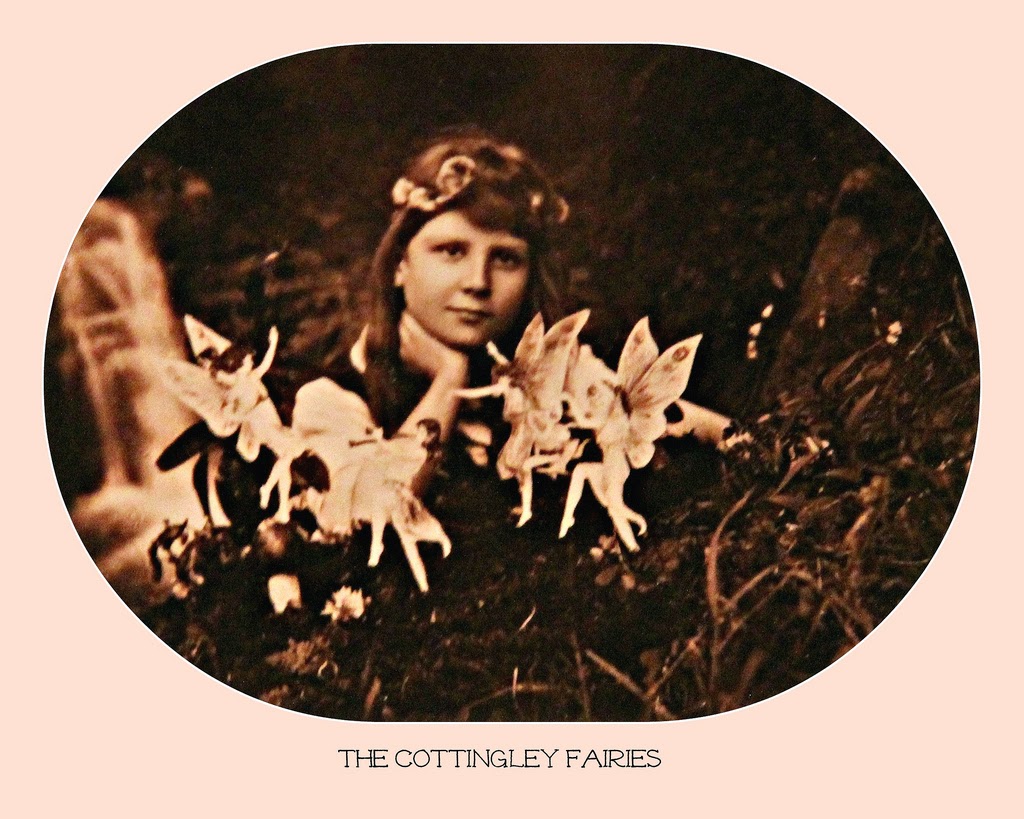 Maybe, like me, you studied the case in depth for an academic paper. But my feeling is that unless you had quite a lot of pre-existing knowledge of the story, The Light Burns Blue may seem a little confusing - as it takes up this fascinating story, but in a space of just 75 minutes throws in an enormous amount of related (or loosely related) ephemera, which could be a bit baffling to someone not already clued into the nitty gritty of the story.

Here’s a bit of background to the Cottingley case, since it’s a fascinating story...

In the late-Victorian and early-Edwardian eras, the principles of belief were stretched to their limits by the debate surrounding the ability to photograph the dead (a growing trade owing to the grief that consumed the nation after the multitude of deaths caused by World War One) which raged between the scientific and spiritualist communities. This led to one of the 20th Century’s greatest mysteries: when teenagers Frances Griffiths and Elsie Wright apparently photographed fairies in the Yorkshire village of Cottingley. What with folklore fairies being considered to be the stolen souls of lost boys (aka soldiers killed at war).
Spiritualism appealed to many Victorians who found traditional religious doctrine unacceptable, and who were unsatisfied with the materialistic world view that was emerging from 19th Century science. Spiritualists hoped the sceptics would feel too foolish to object because doing so would imply they were too stupid to understand. While scientists found spiritualists infuriating because their arguments never answered the questions posed to them by scientists, yet the spiritualists remained unshakeable in their belief. But if something cannot be explained, is it still real?

Any link between science and spiritualism demands great stretches of the imagination and this led to great take up for the newly Westernised religious philosophy of Theosophy, which subscribed to the notion that there were invisible life forms if you chose to believe in them. For the many grieving the loss of loved ones in the war, this was an obvious comfort. (The Bristol branch of the Theosophical Society is alive and well, by the way.)

The Cottingley story went public in 1919 when Polly Wright sought advice from the Theosophical Society, to which she subscribed, about two photographs of fairies her daughter Elsie, and Elsie’s cousin Frances, took in 1917. In 1920, a Theosophist photographic expert viewed the pictures and stated they were genuine. It wasn’t then long before Sir Arthur Conan Doyle, another Theosophist, also became involved, having lost a son in the war. He was steadfast in his belief that spirit photographs could not be forged. There was also the assertion that in a British society that had long been under the staunch rule of Queen Victoria there was no possibility that little girls were capable of fibbing. Frances and Elsie did not admit they had faked the photographs until 1981, and Frances still maintained that at least one of the five pictures was real.

If the mind desperately wants to believe in something, is it wrong to prevent that? To me, the magic in the Cottingley photos lies in the fact people wanted to believe in a fantasy, and the girls produced pictures of what they believed fairies to look like.
Phew! So that was, in a nutshell, the case of the Cottingley fairies. There’s a lot more to it than that, but in the interests of space let’s leave that as background info and move on to The Light Burns Blue, which uses all of the above as its basis.

The Light Burns Blue is a production by the Bristol Old Vic Young Company, which is made up of people aged 11 to 24, all of whom are dedicated to making exciting and bold new theatre pieces. It is produced by Tonic Theatre, which is committed to supporting women into theatre roles. And it is a delight to see females playing roles that were unquestioningly male at the time of the story - eg newspaper editor. And it is a pleasure to see a predominantly female cast, acknowledging that the vast majority of theatre (and all arts) is skewed towards men. 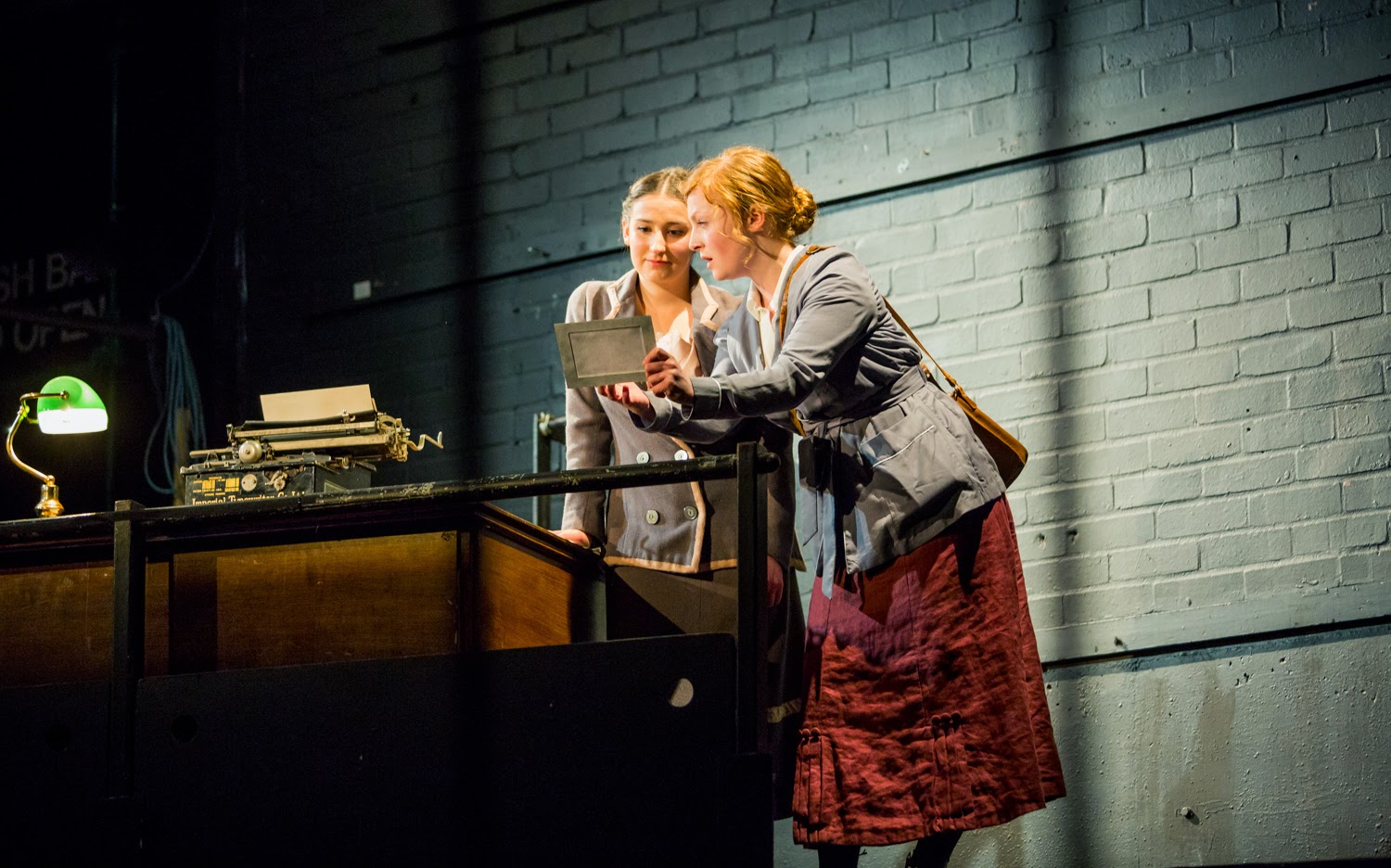 Writer Silva Semerciyan clearly became caught up by the magic of the Cottingley story, but in her research she seems to have uncovered so many loosely related areas (such as Madame Helena Blavatsky - the head of the Theosophists; Nellie Bly - an American stunt journalist) that she has added into the mix, potentially over-egging the plot pudding.

That aside, The Light Burns Blue is a fun, involving and thought-provoking study of how we address grief. Daughter Elsie, who is seemingly not gifted at school but a talented watercolurist, is caught between parents who are grieving for their son who was recently killed at war and their concern over Elsie’s future since she possess no apparent marriageable skills. As such, in this play she is given the job of painting eyes onto the closed eyelids of the corpses of soldiers who are being photographed for portraits by their desperate families. Death and grief overshadows every action in The Light Burns Blue - and possibly the predominantly female cast underscores the fact that a phenomenal population of the male population was brutally murdered at war.

The 20-strong cast relish in the varied roles they have, and work tightly as a well-rehearsed cohesive team. Although the story focuses on Elsie and her refusal to confess (but why must she only confess? Why can she not also be coerced to confirm?), there is no sense that this is a one-woman show. Although I wondered why the need for Elsie to either or admit or confirm was so strongly pursued - what was Semerciyas searching for by seeking truth, when in my mind the real story was the reason why so many people willingly bought into the idea, almost unquestioningly, that fairies do indeed live at the bottom of the garden if only you believe. Because if you don’t believe, the fairies - like Tinkerbell - will die. And if the fairies die, your sons will never come home from war. And that’s the real story of Cottingley.


The Light Burns Blue is performed at Bristol Old Vic until April 18. Click here for more information and to book tickets.